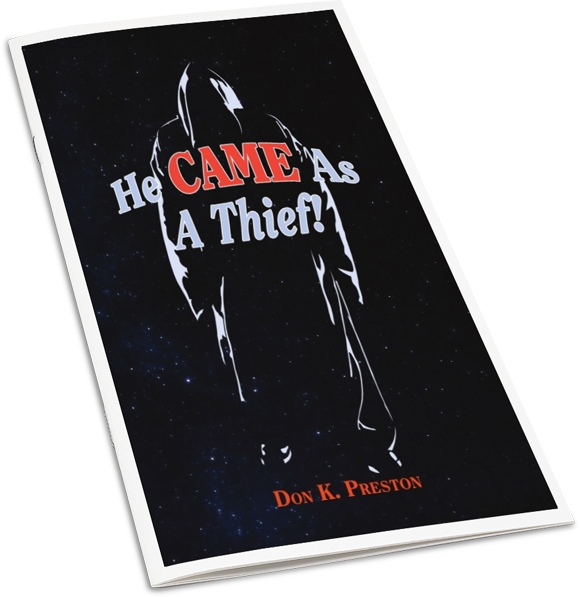 He Came As A Thief

Christ’s coming is to be “as a thief in the night” and this means that there could be no signs – so we are told. In contrast, Jesus’ first century judgment coming against Jerusalem was signaled by a host of signs. Thus, Christ’s Thief Coming is a major argument to prove that Jesus’ coming could not have been in the first century judgment of Old Covenant Jerusalem. But is this true? Is Christ’s Thief Coming a sign-less Rapture, while his Second Coming is indicated by signs? Are there actually two comings of the Lord predicted in the New Testament?

In this important work, prolific author Don K. Preston proves that the traditional arguments about Jesus’ Thief Coming are not based on the solid reading of Scripture, but false assumptions. Preston shows, from clear-cut, positive statements of inspiration, that Jesus’ Thief Coming was to occur, in the first century, in the judgment of Old Covenant Jerusalem. This book dispels a lot of confusion, provides positive Biblical teaching, and helps the reader to better understand what Jesus meant when he said he was coming “as a thief in the night.” You do not want to be without this helpful and powerful book!

Scan to Get Our App 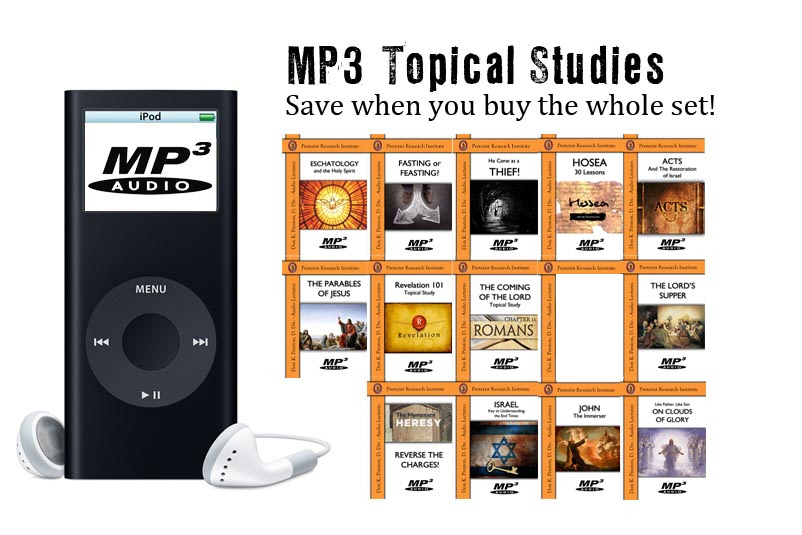 The Preterist Research Institute is pleased to now offer each of the MP3 Topical Studies in a whole new design, and as a packaged collection! This offer has never been featured like this before, and it includes all of Dr. Don K. Prestons most popular audio lectures, lessons, and presentations to date. This set features hundreds of hours of non-stop biblical teaching and training, and includes the following titles: 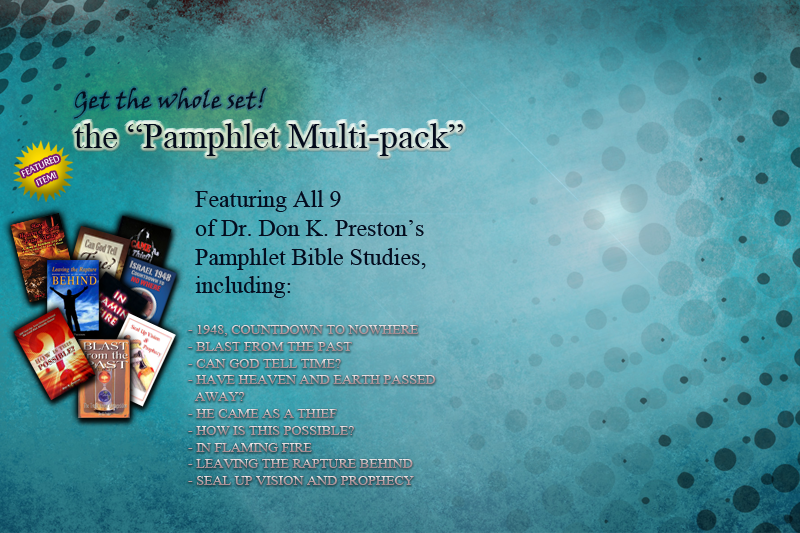 Save over $7 when you purchase this multi-pack, plus save on shipping for ordering the set together!

Do you have a Paypal account? Scan this QR code with your phone and give any amount to PRI.

Two Guys And A Bible 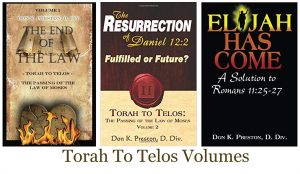 Visit or Return To Our Sister Site 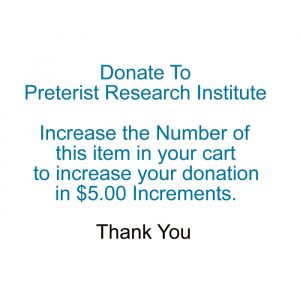